One of the complex aspects of time zone handling is that Daylight Saving Time (DST) starts and ends on different dates and times in different regions. For repeating events, it’s important to know if the event series always starts at 3PM Paris time or 9AM New York time. They are not the same since New York starts DST weeks before Paris does. 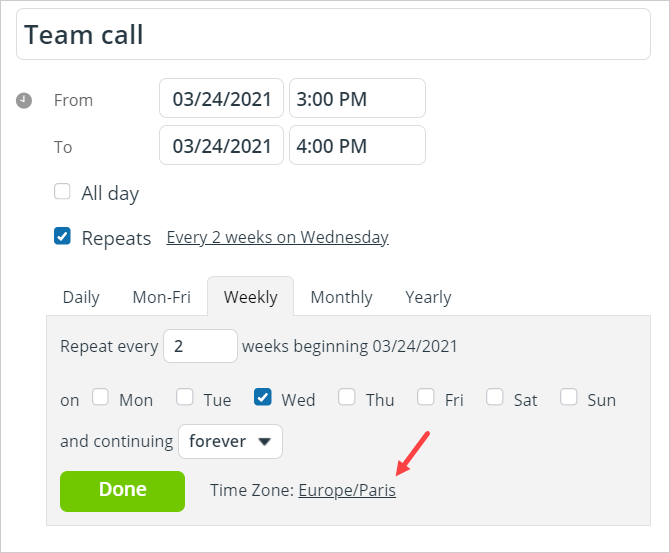 In this example, the event will always start at 3 PM Paris time. For team members in New York, the event will start at 9 AM most of the year but at 10 AM for some part of March and part of November, as New York usually starts DST earlier and ends later than Paris.